From 18 to 20 July 2018, The Hague Academy and VNG International organised a three-day training in Bukavu, DR Congo, focused on the promotion of integrity and the fight against corruption. The training was held in the framework of the INAWEZEKANA (‘Together it is possible‘) programme implemented by VNG International, ZOA, and War Child and financed by the Dutch Ministry of Foreign Affairs. 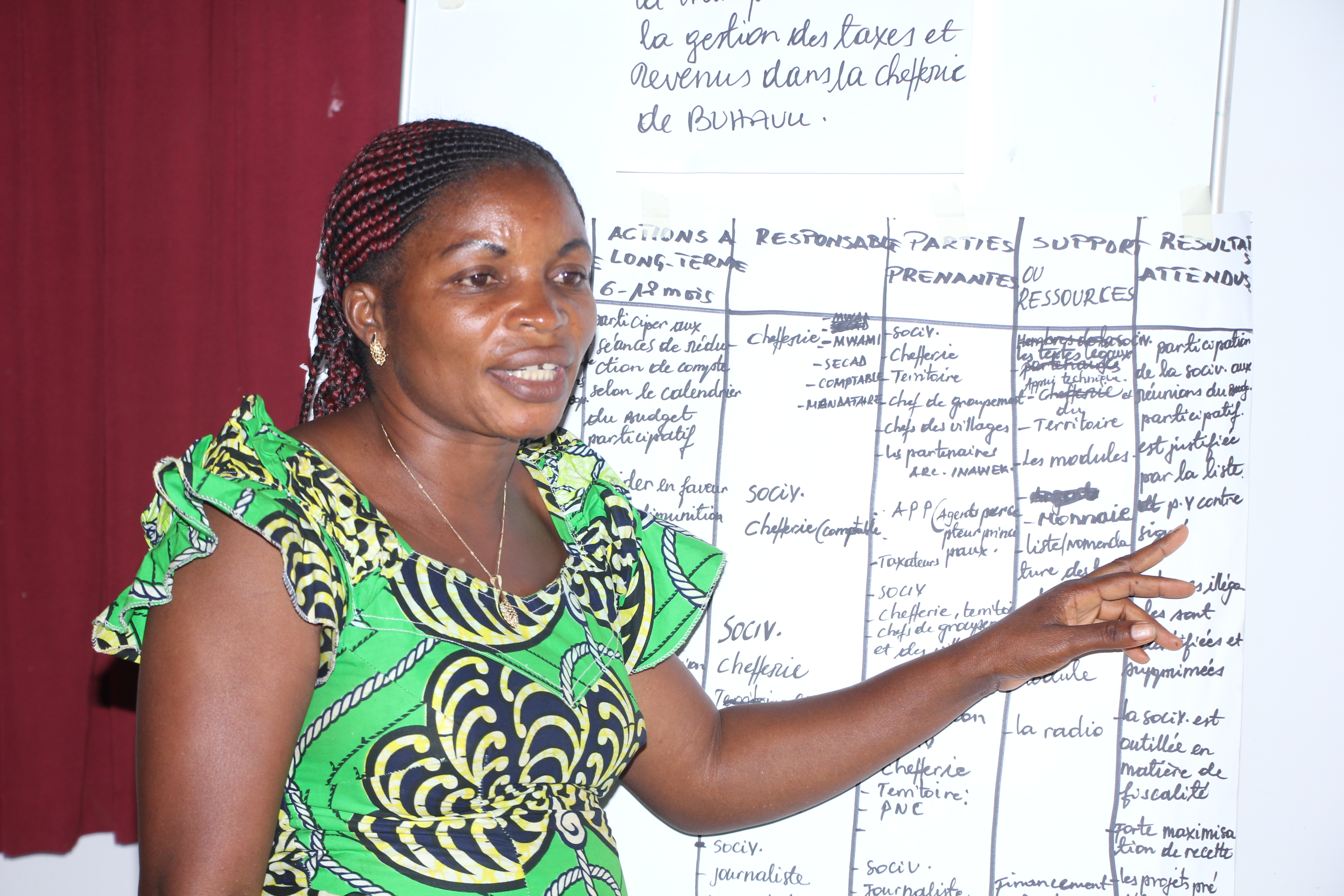 In DR Congo the Chefferie is a decentralised local authority led by a traditional Chief or Mwami. The Chefferie is responsible for amongst others development and investment planning, budgeting, tax collection and the delivery of a variety of services. In its ambition to maximise local revenues and to rebuild trust between its population and the administration, the Chefferie of Buhavu identified systematic corruption as one of the root causes of local tax collection inefficiencies.

“Integrity is something different than what I thought it was before I received this training. This experience helped us identify various levels of corruption practices we are now fully aware of.”

The training sought to not only raise awareness and build capacities through practical exercises and organisational diagnostics but also aimed to develop action plans to promote integrity and fight corruption. All administrative levels and civil society organisations developed and presented action plans committed to:

Watch a short video on this training (French)

As a follow-up to the training VNG International, together with its partners, will deliver coaching and technical assistance to the administrations and CSOs in view of the implementation of the action plans.