How to govern and sustain peace in Mindanao, The Philippines?

The new Bangsamoro Transition Authority, which governs an area of 3.5 million inhabitants, faces many challenges. The region has a long history of conflict, dominated by the fight for self-determination of the Moro Islamic Liberation Front. The security situation in the region is still fragile, since splinter groups are taking up arms again against the state and their former allies, thereby creating new recruiting opportunities for Islamist militants. Moreover, the Liberation Front itself needs to be transformed from a rebel movement into a political party and regional government. The administration also has to find ways to work with the often clan-connected local governments, which play an important role in providing basic services to the population. 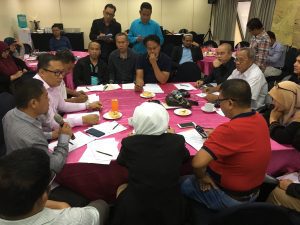 In a series of trainings, future officials discussed their roles as public servants and their responsibilities in providing services for all citizens. They increased their awareness on the complexity of the society and the broad set of stakeholders they will have to include in their policies. The training discussed the policy framework in the context of the violence and ongoing security issues of Bangsamoro, thereby providing participants with a conflict-lens in public policy making. Furthermore, the participants got familiar with anti-corruption policies and how to deal with integrity dilemma’s once they will take responsibility within the government. Lastly, they acquired a better understanding of parliamentary systems and relations between the different levels of government.

The training was implemented in collaboration with the Dutch Mission to Bangsamoro and De La Salle University. To further support civil servants, decision makers and civil society organisations in a peaceful transition, The Hague Academy is currently exploring partnerships with the Bangsamoro government and regional knowledge institutes. 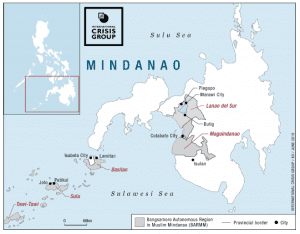 Since 1997, the Philippine Government and the Moro Islamic Liberation Front engaged in a series of peace negotiations to end the long-running conflict in the region. After almost two decades, the peace negotiations resulted in an agreement, signed by both parties in 2014. The peace agreement paved the way for the Bangsamoro Organic Law and a new self-governing political entity. The Bangsamoro Autonomous Region in Muslim Mindanao was established with the autonomy to pursue its political, economic, social and cultural development. The former rebels are currently leading the interim government as the Bangsamoro Transition Authority, until elections will be held in 2022.

Interested to learn more about local policy making in conflicted-affected areas? Please click on the following link that will lead you to our annual open course on Conflict, Rule of Law and Local Security, which will take place in The Hague from October 28 to November 8, 2019. See also the inspiring example of Kauswagan in Mindanao, winner of the UCLG Peace Prize 2017. With the project ‘from arms to farms’, the local authorities integrated rebel returnees in the local community, a.o. by engaging them in organic farming: https://www.youtube.com/watch?v=UgAwXBbOmC8.