The Hague Academy took part in The World Summit of United Cities and Local Governments – UCLG Congress 2019 in Durban, South Africa. Organized every three years, the 6th edition of the congress took place from 11 to 15 November and welcomed more than 3,000 participants, coming from over 210 countries across the world. The congress is the largest gathering of mayors, presidents of associations, councillors, and local and regional practitioners in the world. 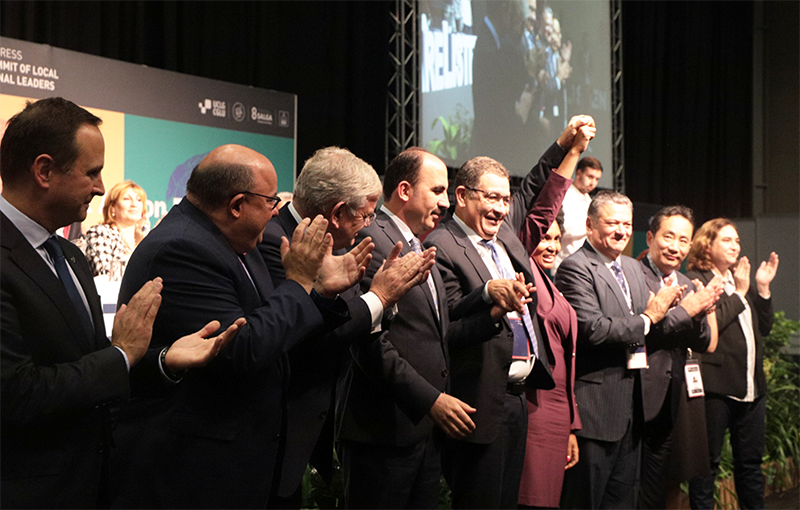 “Our Congress is key to promote local democracy, to lay the groundwork as a platform for a true multi-level governance system, and to underscore the importance of gender equality”. Parks Tau, Vice Minister for Cooperative Governance and Traditional Affairs and former UCLG President.

The 6th edition of the congress gathered representatives from local and regional governments around the world to define the global agenda of cities and regions for the coming years. Over 3000 participants from local, regional and national governments, as well as civil society, the private sector, academia and international organisations attended the event. This year’s summit addressed four main tracks: Local Action for the People, Cities are Listening, Local4Action and Decision Making.

The Durban Political Declaration resulted from the dialogues and debates held during the event and will guide the future of the municipalist movement. At the core of the declaration are three main areas of commitment: equality, local democracy and the localization of the Sustainable Development Goals.

The World Assembly of Local and Regional Governments met during the Summit and emphasized the need to build inclusive cities, to ensure the right to the city and to build partnerships to plan the territories.

“We take pride in our capacity to articulate our voices, and we are ready to move to a policymaking space. We are all together as one” (Tri Rismaharini, Mayor of Surabaya, representing ICLEI)

The second edition of the UCLG Peace Prize was also part of the congress. Organised to highlight the importance of local governments in conflict prevention, peacebuilding and post-conflict reconstruction, the UCLG Peace Prize 2019 was awarded to the post-IS municipality Municipality of Arsal, in Lebanon. The local government of Arsal initiated and facilitated dialogues and mediation between Lebanese and Syrian refugees. The diversity of peace initiatives from local governments was inspiring. The finalists included the Colombian cities of Cali, Bogotá and Manizales, and the Iraqi municipality of Duhok. 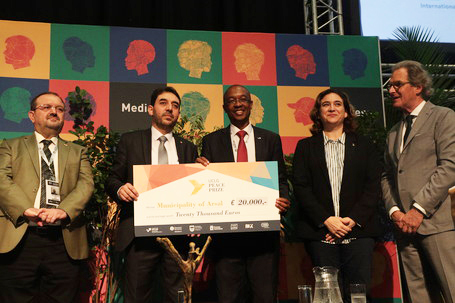 The Summit hosted as well the ‘Plant Tree Not Bombs’ campaign launch. The minister of Defense of South Africa and UCLG’s high-level officials held a symbolic ceremony to highlight that local policies for peace are on the top of the agenda of the World Summit. With the campaign, Minister Nosiviwe Mapisa-Nqakula committed South African military to war on climate change: “75 million trees to be planted. I invite my counterparts in other countries to join these efforts. Let’s Plant trees, not bombs”.

In the last day of the Summit, Mohamed Boudra, Mayor of Al Hoceima, Morocco, was appointed UCLG President, and announced a collegial Presidency. The newly appointed President called to reinforce UCLG’s union as a common voice towards the international community.

“I call for your energy, your determination, your commitment to the transformation of our societies, the protection of our planet and the well-being of all.” Mohamed Boudra, President of UCLG.

Following an inspiring week where we formed new partnerships and discussed future cooperation, The Hague Academy looks forward to building on the momentum from the sessions and meetings, to continue developing the knowledge and skills required to improve local governance and decentralisation in developing societies, through our training and education programmes.