Learning from local responses to an infectious disease in Monrovia

Amid the worldwide Corona-virus outbreak, local governments are facing extreme pressures to protect their residents and to develop a local response to the virus and its consequences. What can we learn from the experience with Ebola, the virus outbreak that hit many Western African countries from 2014 to 2016? Clara Mvogo, former mayor of Monrovia (Liberia), shares her experience and provides recommendations on how local authorities and development partners can respond to such a crisis. 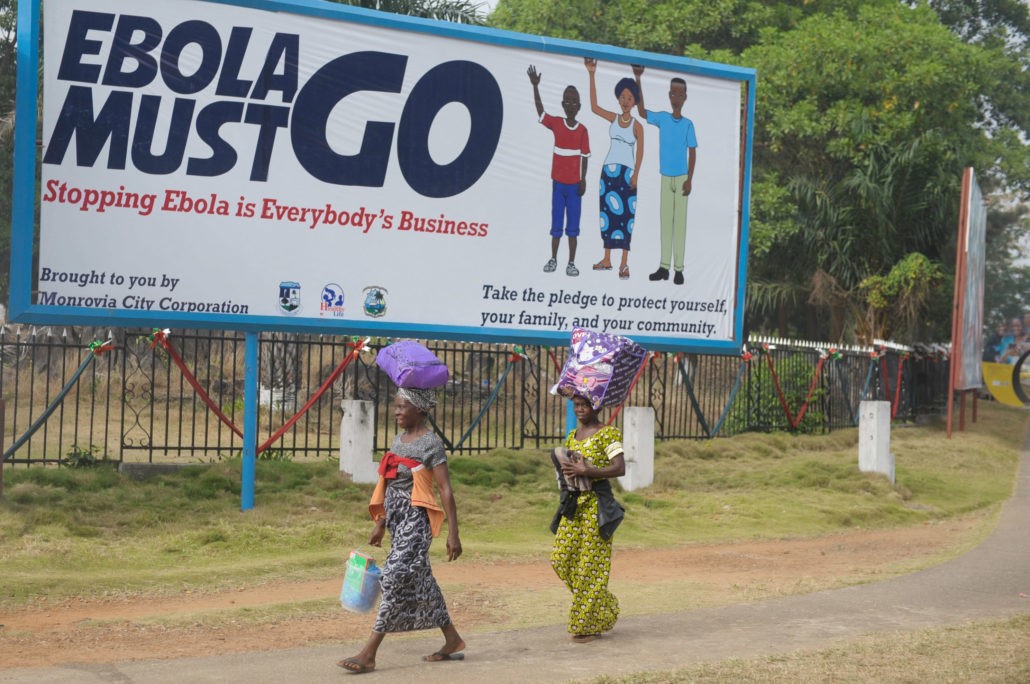 Eight years ago, right after becoming a mayor, Clara Mvogo came face-to-face with an Ebola outbreak which, in her own words, ‘’changed the dynamics on how you manage a city’’. From awareness-raising and taking measures to prevent the spread of the virus, to mitigation, response and recovery, the Ebola outbreak posed a tremendous challenge for local authorities is Monrovia. 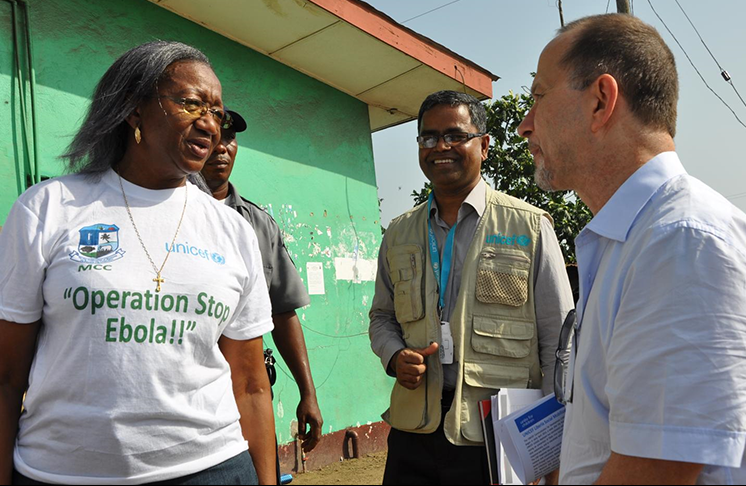 The strategy adopted by the city of Monrovia was applauded by the World Health Organisation (WHO). With more than half of the cases registered in Liberia, Monrovia’s strategy was made a global example in the fight against Ebola. Monrovia’s response was unique in terms of the high level of community involvement.

When the outbreak first started, many citizens did not believe that Ebola really existed. As a response, local authorities partnered up with neighbourhood leaders to conduct intensive public awareness and education campaigns around the city. In a context where awareness-raising had potentially life-saving significance, communities and local authorities worked together to guarantee that truthful information was reaching everyone. They also collaborated to actively look for cases and to ensure that no case went unnoticed. Additionally, local authorities focused its communication efforts in engaging the youth, as well as religious leaders, which proved extremely effective in spreading awareness and information.

What is the role of local authorities in effectively responding to a crisis?

Local authorities have a crucial role to play. They know their communities best: their leaders and the local customs. They are the first authority community dwellers go to for information and support. Their role as liaison between aid agencies and the community is key. During the Ebola-crisis, many citizens thought the (national) government and NGOs were making up Ebola to attract money for themselves. Posters claiming that ‘Ebola is real’ were only accepted and believed after local authorities asked community leaders to join them from door to door to spread the message in their communities. 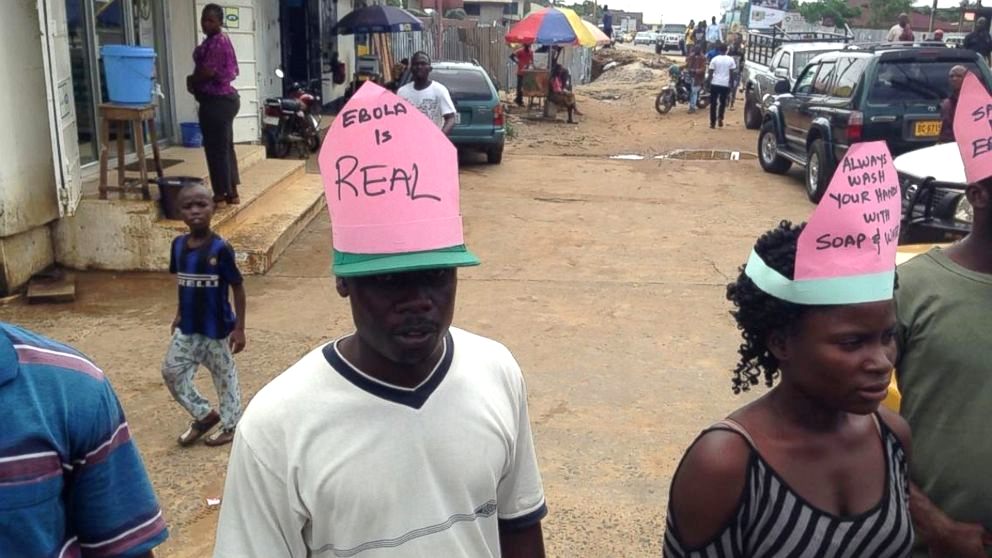 What are the challenges that local authorities face in effectively responding to a crisis?

One of the main challenges is to effectively connect with community leaders to get closer to the people and find out what matters for them and how they think. A top-down approach does not work when dealing with communities with low literacy rates. Cultural aspects and social norms such as dress code and use of language become extremely relevant too. Clara Mvogo: “People should be able to identify with you and feel that you are one of them. When I went to the neighbourhoods, I walked around in jeans and t-shirt’’.

In cultures where traditional and/or religious leaders have a lot of influence, it is also vital to include them in the efforts to fight the spread of the disease and to make sure that they are receiving and spreading the right information to people in the community. As mentioned before, this was a main factor in the success of the fight against Ebola in Monrovia. Involving traditional actors with influence to share key messages.

Learning how to cooperate with national government and aid agencies is also a key challenge in outbreak situations.  Local authorities are often overlooked when planning emergency response. During the Ebola-crisis, at least 40 international agencies were providing aid in Monrovia. Still, some neighbourhoods were not getting any aid at all and others were getting the same aid from different organisations. “We had to make clear that they could not go into any community without meeting the commissioners and informing them what type of aid they were providing. We created a list to provide some form of coordination and enable local NGOs to assist in distributing goods and services.’’ A coordinated approach ensured all areas were covered, and no one was left behind.

How can development partners effectively support local authorities in dealing with a crisis?

Donors and international NGOs must better align with local authorities to improve coordination of aid during a crisis: prevent ‘duplication’ and distribute goods more equally. According to Clara Mvogo, there are three main conditions that need to be fulfilled.:

Local leaders need to be empowered

First of all, local leaders need to have the capacity to manage and prevent a crisis. “Localising” the capacity for response becomes abundantly clear in situations such as an infectious disease outbreak. National and local governments need to have the tools to respond in an efficient and effective manner. Setting up local training centers and knowledge sharing on practical response mechanisms enhances this capacity. During a crisis, national governments can receive assistance too, building on the capacity which is already present.

Funds should be re-distributed and better planned

Secondly, experience shows that often, a lot of the money destined to help in emergency situations is only disbursed at the height of the crisis, and is spent on salaries and travel by international donors. It is important that those resources are invested in capacitating local staff to perform these tasks themselves. Building local capacity, before, during and after a crisis, is, in turn, a more sustainable approach for future crisis prevention and response. In emergency times, trips of international experts must be reduced, and instead locally available resources enhanced.

Thirdly, the authorities and development partners also need to pay attention to the needs of the population after a crisis. Not everywhere do people have access to psychological support, whereas psychological healing for traumatised people is very much needed after a crisis. Devastating events are not finished once the hospitals empty out.

The Dutch Minister for Development Cooperation, Sigrid Kaag, organised a conference on psychosocial support in crisis situations in October 2019: https://www.government.nl/ministries/ministry-of-foreign-affairs/events/mental-health-and-psychosocial-support-in-crisis-situations

For resources on the local response to the Coronavirus, United Cities and Local Governments (UCLG) has built a Live learning experience page with examples of how cities worldwide address the pandemic.

(This article draws from the conclusions of the workshop ‘From Relief to Development’, conducted by The Hague Academy during its 10-year anniversary event in 2018).