Alumni Stories: the Road to Local Fiscal Autonomy in Mali

Issiaka Bôh Magassa is a technical advisor at the Regional Development Agency of Kayes, in Mali. By improving his local governments’ ability to collect revenue, Issiaka works towards ensuring that local authorities can provide its residents with the services that are no longer provided by Mali’s central government. He started a ‘citizenship day’ and developed ‘resource mobilisation plans’.

The decentralisation process in Mali started in the early 2000s, when the central government transferred various competencies to local authorities at the regional, district and municipal levels. The rationale behind this transition was that local authorities would be better fit to manage services like education, health and water in their localised contexts.

While Mali’s initiative for decentralisation was meant to allow for more apt and dynamic governance, local authorities have struggled to expand their institutional, administrative, and human resources to match their mandates.

In the city of Kayes, for example, a rapidly growing population has outpaced the municipal government’s registries. Local authorities have no comprehensive overview of the many new properties built around the city, much less on the influx of residents they were built to accommodate. The municipality struggles to fund services for its growing population, and at the same time, lacks the resources to collect otherwise helpful tax revenues from its residents.

At the Regional Development Agency (RDA), Issiaka’s goal is to help local governments identify and manage their sources of revenues to better develop their own capacities. This led him to the Fiscal Decentralisation and Local Finance course at the Hague Academy, where he sought to add to his existing skills and knowledge to help him achieve his mandate.

Understanding and tackling the challenge

At the Hague Academy, Issiaka explored the many tools and frameworks that he could use to structurally improve local fiscal management in Mali, like a structural review on the assignment of functions and expenditures between local levels of government. Among the tools Issiaka picked up at the Hague Academy is the LOGICA framework, a diagnostic tool used to assess the effectiveness of fiscal decentralisation processes among local institutions:

“The assignment I completed in assessing and scoring local fiscal autonomy and local financial management in Mali showed me that we still have a lot of progress to make before we achieve full fiscal autonomy in our local governments.”

“As it is hard for local governments to predict the amount they will receive through IGFTs, my aim is to give them some clues that will ease their budget’s unpredictability.”

Gaining further insight into the structural context of his local government through the course at the Hague Academy, Issiaka feels better equipped to implement projects that will help achieve fiscal autonomy.

Through the RDA, Issiaka proposed two initiatives for local authorities to take up across the wider Kayes region.

First, his team envisioned local fiscal mobilisation plans, starting with a three-day gathering in which municipalities review their resource management for the year. The meetings are attended by local tax authorities, village chiefs, civil society organisations, municipal council members and other stakeholders. Together, they define a year-long strategy and pool their resources to gradually build their municipalities’ tax infrastructures.

Second, Issiaka and his team proposed a ‘citizenship day’ for municipalities in the region, facilitating the administrative process for residents by giving them a clear space and time to register and file their taxes. 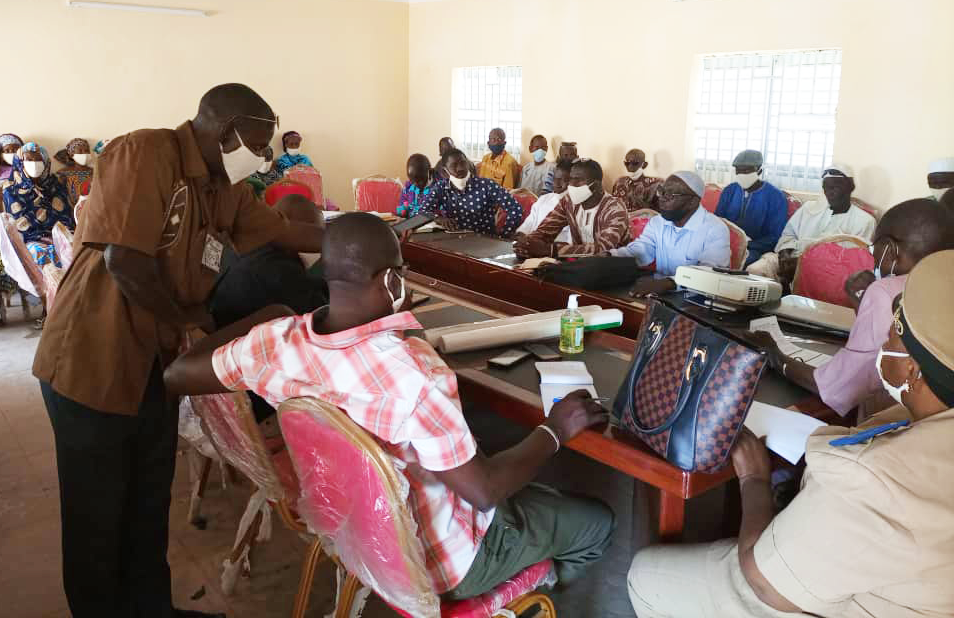 Are you interested in learning more about fiscal decentralisation and its strategies to generate more public and private resources for local policies? Make sure to sign up for our Fiscal Decentralisation and Local Finance course, which takes place from 7 – 18 February 2022. Please note that the deadline for applications is 31 December 2021.