Want to become one of our talents?

Read more about the programme

Contribute to the programme!

Get to know the talents

Read more about all talent alumni

Almost 10,000 Euros!!! That’s the incredible result of the charity fundraiser event that was held in celebration of the 100 year existence of the Association of Dutch municipalities (VNG).

A team of VNG employees organised an auction which was widely advertised towards all municipalites in the Netherlands. They were invited to contribute items which would be sold during a live auction at the party for VNG personell and in a silent action afterwards.

A special thanks towards the NWB fund, that made an exception to their policy to only financially support waterboards, to grant an amount of 5000 Euros to Talent for Governance to be reserved for a local government practitioner working in the water sector.

During the party for VNG personell, themed “White” on the 7th of june the two best items were auctioned off: a beautiful statue, sponsord by Vive le Don, and a diner and night at a hotel, sponsord by the  Carlton Beach hotel in Scheveningen.

Also on behalf of the Talents we would like to thank everyone that made this fundraiser such a succes! 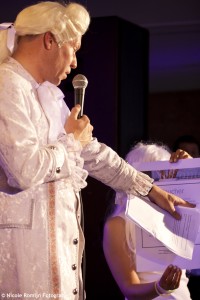 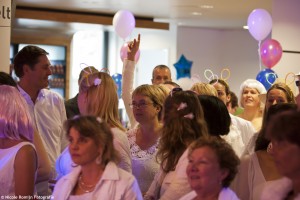