The Hague Academy has played a vital role in improving local authorities’ responsiveness, accountability and capacity to deliver inclusive governance within the ‘Every Voice Counts’ programme. With the five-year programme nearly reaching its end, we reflect upon key lessons learned. 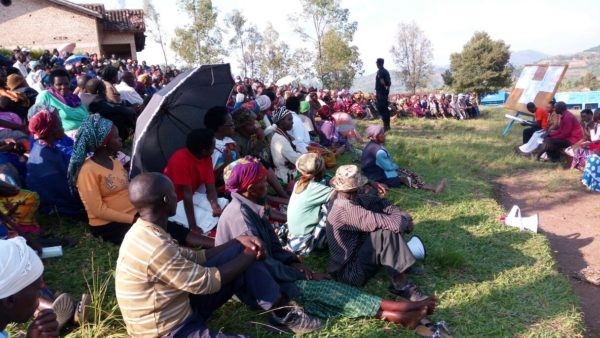 In Nyarusange (Rwanda), residents and local authorities meet to discuss how to improve assistance to victims of sexual violence: a subject that has long been taboo. 2016. Photo by Care Nederland.

Based on the principle that inclusive governance leads to peace and stability, the Every Voice Counts (EVC) programme, managed by CARE Nederland, actively promotes effective and inclusive decision-making processes, especially for women and youth. The programme has been implemented since 2016 in Afghanistan, Burundi, Pakistan, Rwanda, Somalia and Sudan and is set to conclude by the end of 2020.

An innovative and sustainable approach for promoting inclusive governance

The Hague Academy strengthened the capacity of local authorities and civil society organisations on inclusive governance, participatory methods for decision-making and gender-sensitive lens for decision-making processes. The trainings encouraged open dialogues, where participants deconstructed and shifted negative social norms hindering inclusion of women, youth and marginalised groups in governance processes. During the training, the participants also worked on joint action plans in which they described concrete actions to involve these groups more in local policy processes and services. 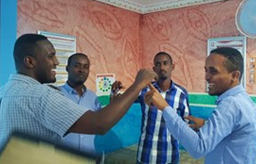 Refresher session for local trainers. 2019. Photo by: The Hague Academy.

To foster sustainability and ownership, The Hague Academy employed its Training of Trainers (ToT) model and worked with local trainers from civil society organisations (CSOs) in each country. These local trainers were able to individualize the trainings by providing vital knowledge and insights about the local context and culture. This co-training modality ensures that the trainings through the EVC programme can continue beyond one-off knowledge transfer and instead leave a lasting impact in the local community.

The coordinated efforts of all partners led to relevant successes. In Somalia, for example, the programme contributed to challenging exclusionary social norms and pushed for more inclusive decision-making processes. These efforts contributed to women and youth being appointed in leadership positions: two women were appointed to the Transitional Puntland Electoral Commission, one young woman was elected as Deputy Mayor in Badhan; and for the Puntland Parliament 28 out of 66 candidates nominated were young men.

“I don’t do anything without asking the women and youth for their opinion. This year, Bossaso got USD 400 million from the UN for development, and the community said they want the local market to be renovated first. The roads and maternity hospital are also urgent, but I put into practice what I learned from the inclusive governance training and started with that [the local market]. I want development with them.”

Contributing factors for the success of the ToT-modality included a strong collaboration between the trainers, local authorities and civil society, as well as the inclusion of various civil society actors. When people from local authorities and civil society organisations sat together in joint trainings and discussed their issues, they were able to better identify joint solutions and opportunities for better collaboration. Further, the involvement of co-trainers from various backgrounds and organisations, alongside the external trainers from THA when the security situation allowed, led to increased credibility by incorporating diverse perspectives. For example, the joint initiatives of CARE Somalia, The Hague Academy, community groups and the local authorities successfully initiated joint youth accountability forums which enabled the inclusion of youth voices in policy issues. 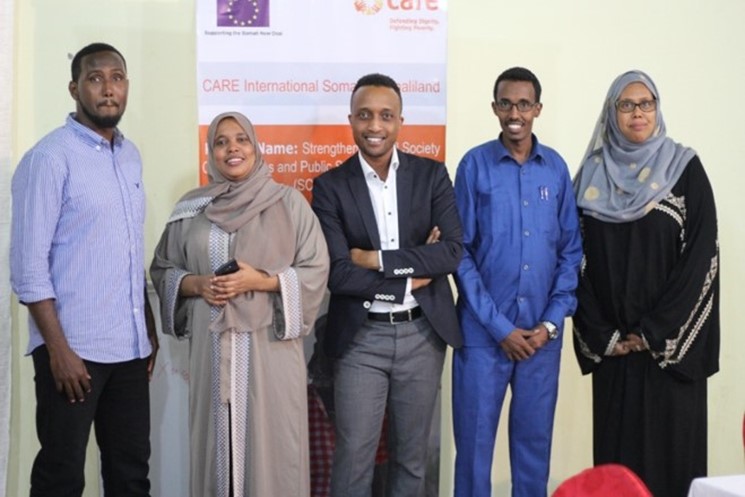 Lessons learned: challenges of the approach

The implementation of the ToT-approach did not come without its challenges. The Hague Academy was faced with the ever-changing contexts in the implementation countries. Some of these challenges included: security issues for co-trainers, limiting their possibilities to travel; turn over within the government; low ownership and response from local authorities; long time gaps between training and follow-up activities, and limited participation of women in the trainings. Despite the EVC programme’s clear focus on gender equality and women’s participation, women were not sufficiently represented in the trainings.

In moving forward, we have identified several approaches to inform future efforts, amongst which the importance of including informal leaders in the trainings. Informal leaders at the lowest community level have a lot of influence on the social norms in their community. Furthermore, limiting the time between training activities and follow up, will improve knowledge retention, motivation, ownership and sustainability.

Reflecting upon the lessons learned as EVC comes to an end, it is evident that the ToT approach contributed to strengthening local authorities’ responsiveness, accountability and civil society capacity in the implementation countries. However, since these change processes require a long-term commitment, The Hague Academy will further build on these results with future activities and programming. By placing the inclusion of women, youth and other marginalised groups at the heart of governance and decision-making processes affecting their lives, hopefully more peaceful, stable and democratic societies will follow. 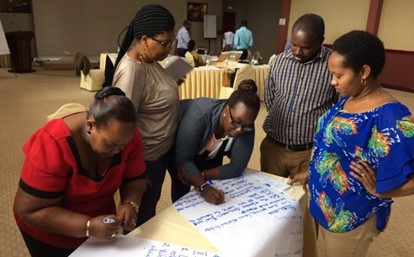 Programme information: The ‘Every Voice Counts’ (EVC) programme is an initiative from CARE Nederland and the Dutch Ministry of Foreign Affairs, and part of the Ministry’s ‘Dialogue and Dissent’ policy framework.