From reception to integration: Bogota’s response to Venezuelan migration crisis

The world is currently witnessing high levels of human displacement. Local governments are at the forefront of the response to the large numbers of migrants. Andrés Sepúlveda, Team Leader at the Habitat Department of the District of Bogotá, Colombia, tells us how the city is coping with the massive arrival of Venezuelan migrants. 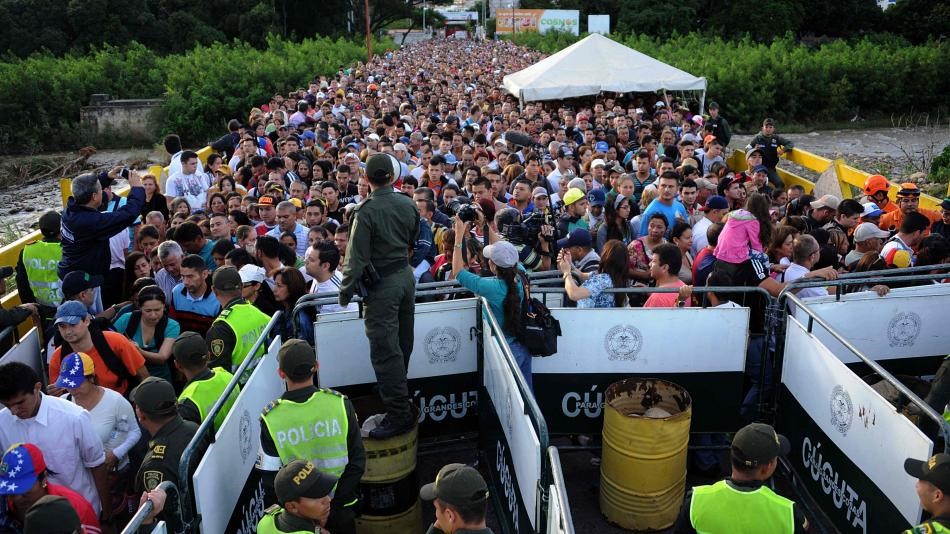 Venezuelans crossing the border into Colombia, 2019.

During the last few years, large numbers of Venezuelan migrants have arrived in Colombia due to the political and economic situation in their home country. According to the latest figures, nearly four million people have left Venezuela since 2014. Colombia has received 1,4 million and Bogotá over 300,000, which is 5% of its population. Real numbers are believed to be much higher and experts predict the number of Venezuelans fleeing their country will continue to rise.

The large influx of migrants has brought numerous challenges for Bogotá. Andrés Sepúlveda, alumnus of The Hague Academy and expert in urban development, is leading the Neighbourhood Improvement Programme at the Habitat Department in the city of Bogotá. The programme aims to upgrade informal settlements in the city.

What are the challenges the city is facing resulting from the migration crisis?

Andrés: ‘’We had never experienced such a massive migration influx into our country. One of the challenges is to provide them with public services such as access to health, education and employment. Most Venezuelans are living in informal settlements in the city, where access to these services is significantly precarious.

However, the main challenge is to create a truly inclusive urban planning process. We don’t have major differences between the two countries in terms of language, culture or religion, which makes integration a bit easier. We can’t keep considering this situation as temporary because it’s not. Most of them will stay here for good. They are now part of the city and this should not be a problem but an opportunity. As an example, Venezuela has more human capital, more highly qualified people than Colombia, and we can benefit from that as a country”.

Can you describe the impact of the arrival of migrants for the city of Bogota?

Andrés: ”Historically Bogota has dealt with a large number of internally displaced persons (IDP’s), due to the internal conflict in Colombia. We also host vastly more Venezuelans than any other city in the region. If Bogotá was a country, it would be the third country with most Venezuelan migrants, after Colombia and Perú.

Citizens are starting to have the perception that some already existing social problems are exacerbating. Insecurity hasn’t really changed but the perception of insecurity has increased, together with hate speech and xenophobia against migrants. Additionally, women and girls are highly vulnerable to sexual exploitation, and there is a very high risk for young Venezuelans to be recruited by illegal armed groups and gangs.’’ 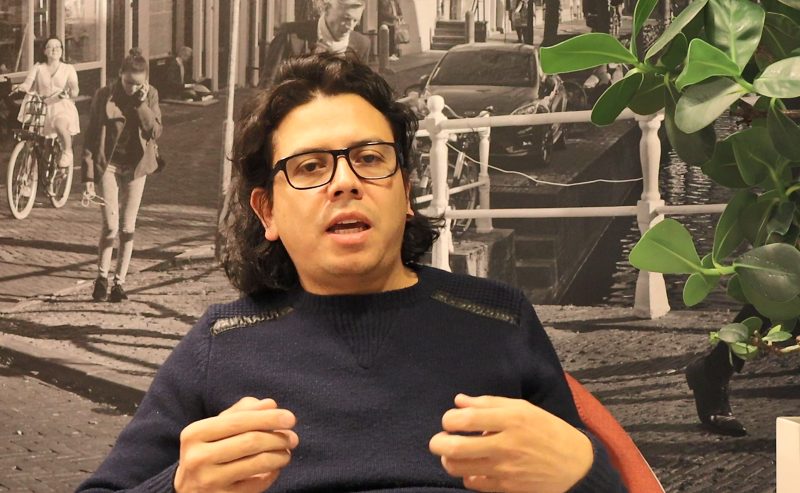 How has the municipality of Bogota responded to the influx so far?

”Despite the lack of resources, knowledge and skills, I would say that Bogotá is doing relatively well. We are providing migrants and refugees with health and education services and politicians are being careful not to portray them as the cause of our problems. There’s still a lot more we can do in terms of integration.

We created a working group to improve the situation of migrants. In this group, almost 20 institutions work together to coordinate actions, share information and plan the response to this emergency. International organisations such as UNHCR, NRC and SOS children villages are part of the group and have played an important role, together with the different departments of the local government.  Our actions are targeting not just migrants but also host communities, to avoid increasing the conflicts between the two groups.”

How is the cooperation between the city, the national government and other organisations in the reception of Venezuelan migrants?

‘’Contrary to other countries in the region, Colombia decided to open up rather than shut down. The National Government is trying its best but it’s also overwhelmed, struggling in terms of resources and dealing with citizenship issues.

Several private companies, media groups, UN agencies and public institutions have partnered up in UNHCR’s initiative ‘Somos Panas’ (‘We are friends’), which aims to reduce manifestations of xenophobia towards Venezuelan migrants and refugees.

What is the situation outside of Bogota? How are other towns affected by the arrival of migrants?

”There are more than a thousand municipalities in Colombia and 80% of them are in the lowest category in terms of poverty. Smaller municipalities don’t even have the resources to deal with their own people. They are struggling with human capital as well, as Colombia remains highly centralised and most skilled people are working in the capital and in a couple of other big cities.

Towns at the borders are especially struggling. The Ecuadorian government is making it hard for Venezuelans to cross the border, so many migrants and refugees are stuck in the south of Colombia, trying to get to Chile, Perú and Ecuador.’’

Now that you are facing this experience, is there any advice you would give to other municipalities struggling with the reception and integration of migrants?

”Create a good environment for migrants. Let people know that refugees are not in the host country because they want to, but because they have to. Work with other institutions in solving the problems. Create connections with international organisations that are more experienced in migration issues. They can help local governments to access international funds.’’

*If you are interested to learn more about addressing local migration challenges, then consider participating in our upcoming training course on  Migration and Local Authorities from 24 February to March 6 2020.