In September, a delegation from the province of Balochistan, Pakistan, visited The Hague Academy to learn and exchange about multi-level governance and local poverty reduction.

We sat down with two members of the delegation, who work tirelessly for Balochistan’s development. Dr Shahnawaz Khan, Chief executive of one of the largest NGOs in Balochistan, the Balochistan Rural Support Programme, and Mr Dostain Khan, head of the Executive Department of Local Government and Rural Development within Balochistan. “I’m very hopeful that with the models that we’ve seen, we’ll be able to make a difference.”

Balochistan: an isolated and poor region

Balochistan is Pakistan’s largest province, straddling the Persian Gulf to the south and bordered by Iran and Afghanistan. Because of its mountainous and arid terrain, it is also Pakistan’s least populated province, constituting approximately five per cent of its total population. The region consists of a few large cities and many smaller communities, most of which are not reached by local services.

In a country with limited resources, and a fiscal system in which population size is one of the key variables used by the central government for allocating financial resources, Balochistan’s rural mountain communities are often left behind. More than 60% of people in Balochistan live below the poverty line. The province ranks lowest on health, education and other social indicators, not only in Pakistan but even in South Asia as a whole. It has one of the highest total, as well as infant and maternal mortality rates, as well as one of the lowest education indicators with only 40% of children educated and only 20% of women.

Training learnings: Citizens at the heart of development

When asked about his key takeaway points from the five-day training and study tour Dr Shanawaz Khan, of the Balochistan Rural Support Programme, replied:

“One of the most important points discussed during this course is that people should be at the centre of local development. In our context, citizens are excluded from every development, that really needs to change! It’s been difficult getting stakeholders to believe that the bottom-up approach is the solution for the local context, but by participating in this course, I see my fellow delegation members being inspired, knowing that if we talk to an organised local community we can implement change. This has truly helped me convince power circles in my province to work together”.

Mr Dostain Khan, responsible for local government development in Balochistan, explained that the government of Balochistan recently approved a local government policy aiming to divert resources to rural communities in need, one that attempts to change the current dynamic that favours more densely populated areas. He summarised his key takeaways as follows:

“The government is growing here but also becoming less efficient… In order to achieve local development, local civil society and government must learn to work together. We need to engage the people and empower the women. 51% of the population are women, so when women do not participate in society, 51% of the population is not participating. Including them in a meaningful manner would be our success. We also learned how an active citizenry can make the government accountable and efficient. That would enhance our pace and speed of development. Although the levels of development of the Netherlands are completely different from ours, we can see the path they’ve been following by decentralising and engaging communities, and I firmly think that can be done in Pakistan, of course, considering our specific context”. 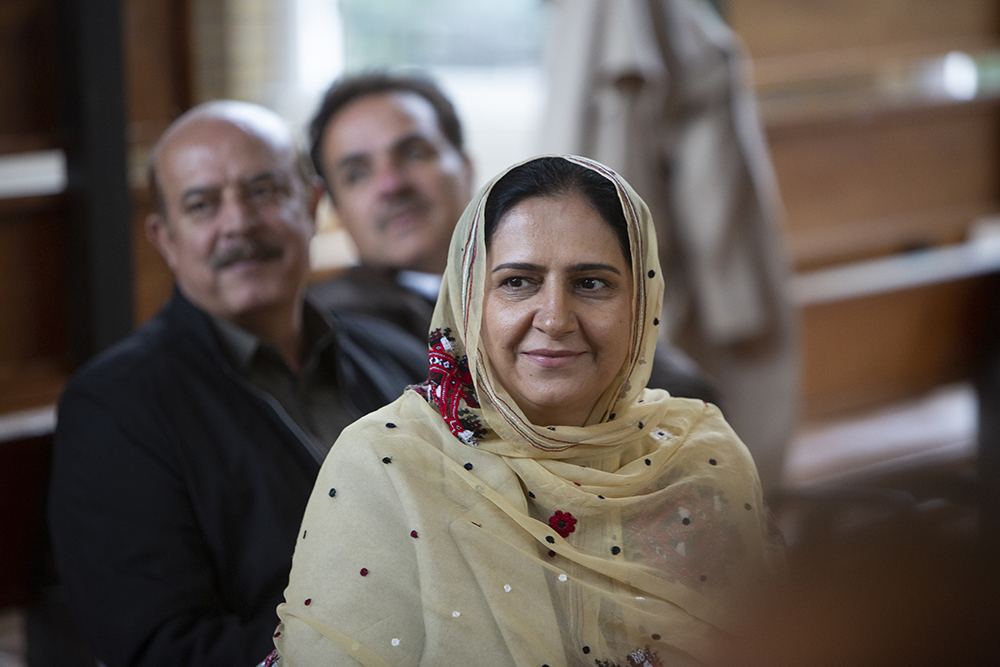 Mahjabeen Sheran, Parliamentary Secretary Women Development and Environment. Member of the delegation from the Province of Balochistan.

Hopes for the future

When asked about his hopes for the future, Dr Shanawaz Khan replied:

“I hope to see my province at least at the level of the other three provinces of Pakistan. I hope to see better education indicators. I see every child going to school. And no mother dying because of the lack of reproductive health services. No child deaths because of malnutrition or lack of access to vaccinations. I see youth having employment opportunities. That’s my hope and expectation”.

Mr Dostain Khan also shared his hopes for the future:

“I’m very hopeful that with these models that we’ve seen, we’ll be able to make a difference. Giving people skills, investing in innovation, allowing citizens to decide on their own development. These are the foundations for change.”

Would you like your team or organisation to receive training on these topics? This is possible! Request tailor-made-training here.

This five-day study visit was organised as part of the Balochistan Rural Development and Community Empowerment (BRACE) Programme, funded by the European Union, a strategic Government development effort to alleviate rural poverty, by building on Community Mobilisation and Citizen Empowerment. The group of 19 participants consisted of politicians and civil servants from the Government of Balochistan, as well as civil society representatives and staff of the BRACE project.