Deliberative democracy is an interesting form of community participation that we present in our citizen participation course. The term refers to facilitated discussions of a randomly selected group of citizens who will come up with recommendations for policy issues. The OECD deliberative democracy toolbox shares some examples that highlight its positive effect on local communities. 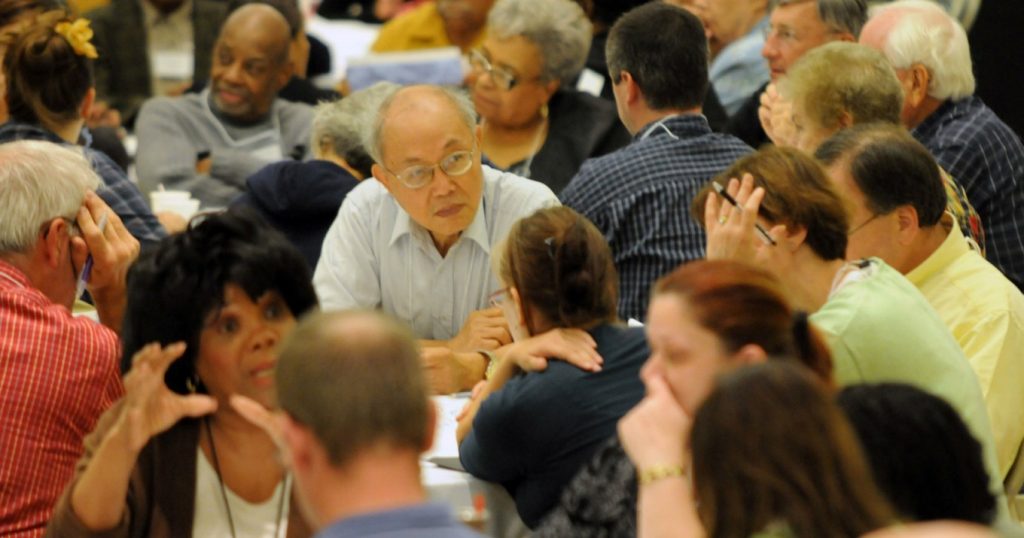 Many citizen participation initiatives struggle with the question of who should be involved. In deliberative democracy, this question is solved by selecting a representative group of citizens. A group that broadly matches the demographic characteristics of the wider population, achieved through techniques such as random selection. In representative deliberative processes, such as Citizens’ Juries and Citizens’ Assemblies, a representative cohort of people spend significant time learning and collaborating through facilitated deliberation and fruitful conversations, to form collective recommendations to policymakers. Increasingly, public authorities around the world are using such deliberative processes in a structural way, moving beyond one-off initiatives and making citizen participation a more permanent staple in their decision-making.

What role can deliberative democracy play at the local level?

To date, more than half of deliberative processes have happened on a local level. These are more often than not implemented by municipal governments and other local institutions, enabling them to foster a stronger democratic tradition in their constituencies. This makes sense, as many of the questions and issues local governments deal with lie closely with their citizens’ daily lives. Examples of local-level experiences are the Permanent Paris Citizens’ Assembly and the Permanent Citizens’ Councils in East Belgium, recognised as some of the most thorough institutionalised deliberative processes.

Deliberative democracy at the local level places decision-making in the hands of citizens regarding complex issues that require careful reflection and finding a common ground. This undoubtedly leads to better policy outcomes, stronger legitimacy to policy decisions, enhanced public trust in government and public institutions and more inclusive governance. On top of that, evidence has shown that deliberative democracy prevents corruption and helps counteract polarisation and disinformation.

The Irish Citizens’ Assembly involved 100 randomly selected citizens who considered five important legal and policy issues: the 8th amendment of the constitution on abortion, Ireland’s ageing populations, the country’s referendum processes, its fixed-term parliaments and climate change. The Assembly’s recommendations were submitted to parliament for further debate. Based on its recommendations, the government called a referendum on amending the 8th amendment and declared a climate emergency.

The most important factor for the success of deliberative democracy is the political commitment from their administrating government. Wholeheartedly considering citizens’ recommendations gives the deliberation meaning and contributes to its repeated success.

Citizen engagement and deliberative democracy processes scale well with available resources. There have been numerous examples of pioneering processes implemented outside OECD countries, and they were able to reap the same benefits. Of course, each context is different and not all policy dilemmas can be solved using such a method, but any country can apply deliberative processes to tap into the collective intelligence of its citizens.

The participatory budgeting process, for instance, was created in Brazil and quickly spread around the world. It is a successful example due to its major positive social and political outcomes, showing that deliberation can be an inclusive and effective means of democratic decision-making. The participatory budget is one among hundreds of deliberative practices that evolved outside of Europe.

In Malawi, the allocation of the Constituency Development Fund (CDF) involves the government, Members of Parliament (MPs), policymakers, councillors, district councils, and the community. To counter the lack of accountability and transparency, Malawi’s first-ever citizens’ jury was piloted in the Salima district and included people who are normally excluded from political processes in proposing workable solutions. For many citizens, this was the first chance for democratic participation and increased their appetite for more.