Citizens of the city of Haarlem in The Netherlands organised street protests on Sunday to show their support for mayor Jos Wienen, who has gone into hiding following threats against his well-being. 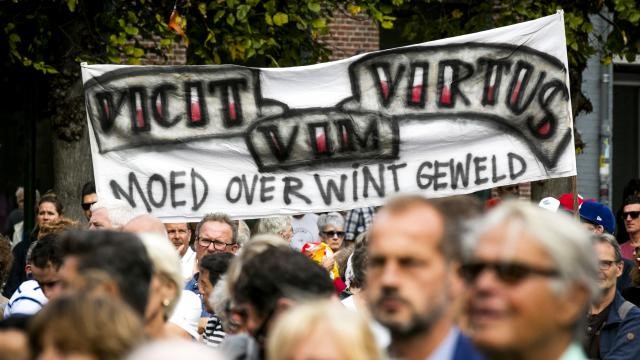 Since October, the city hall and personal residence of Wienen have received extra security. The mayor has also been encouraged to stay in a safe house for extra protection. Wienen is not the first Dutch mayor forced into hiding. Mayors in the Netherlands have increasingly faced violent threats from criminal circles following renewed efforts to tackle criminal activities in their municipalities.

Examples include closures of houses for motor clubs, illegal gambling and drug production as well as confiscating the property of criminals. The origin of the threats against Mayor Wienen has not been made public.

The organiser of the demonstration in support of the Haarlem mayor called the threats against Wienen an assault to democracy. “Democracy cannot be forced with a gun”, he said, and stressed that the citizens of Haarlem would not accept these intimidation tactics and threats of violence.

The Dutch Minister of Interior Ms. Kajsa Ollongren, was also present at the rally to express her support for the mayor and city of Haarlem.