Packed with plenty of newly gained inspiration, the 25 participants of our 2017 Local Economic Development trainings are now home and ready to implement the LED plans they developed at The Hague Academy. From 20 November to 1 December 2017, the group got to know all the ins and outs of LED and worked on a Back Home Action Plan, to be presented on the final day of the training. 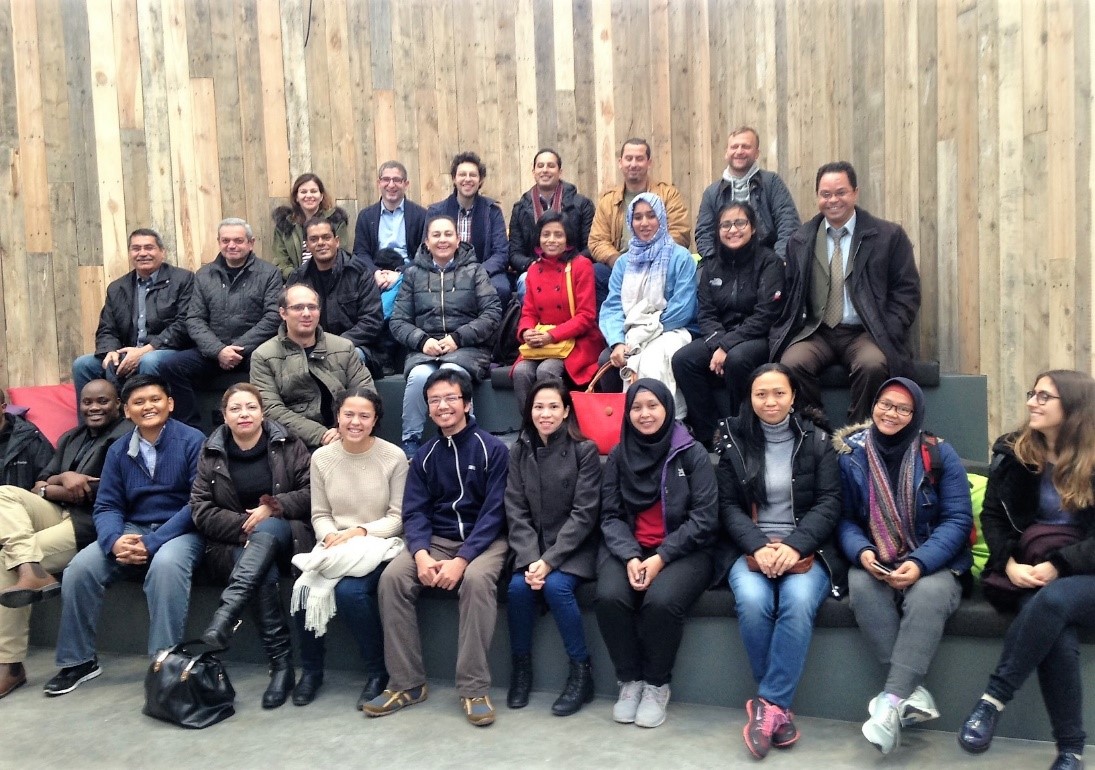 The two-week training was kicked-off with an introduction to LED and a group brainstorming session. One of our associate experts, Aladeen Shawa, offered the participants an LED framework to work with during the rest of the course. Participants were able to develop their own preliminary LED plan with guidance from Aladeen, an experienced senior LED advisor who has worked for a.o. UNCDF and UNDP in many regions. Later in the week, the participants complemented their plans with a social component to LED, after an inspiring session on the importance of the social factor in LED projects.

On Thursday, the participants learned about the different levels of government that can be involved in LED, taking the example of The Netherlands. In the morning, they interacted with a senior policy advisor from the municipality of The Hague. Following this session, the group visited the offices of the Province of South Holland, in which the municipality of The Hague is located. In this way, the participants were able to explore the relationship between the municipal, the provincial and the national levels.

“Vin was by far one of the highlights for me. He was very open, real and practical in his approach [to entrepreneurship]. And he gave us some real-life experiences and different approaches to working with LED in view of how entrepreneurship can help develop our local economies.”

One of the second week’s key sessions was an inspiring plea by Vin Morar to foster LED by encouraging entrepreneurship. Building on his own experiences as an entrepreneur, he started his workshop by opening up the floor to questions, which lead to interesting discussions about issues such as “Can anyone be an entrepreneur?”, “How far should local governments go to promote entrepreneurship?” and “Which type of services do future entrepreneurs need from municipalities?”. During this session, participants learned about the importance of taking initiative and the prerequisites of an entrepreneurial environment. Vin kept the participants sharp by continuously asking about their own role as a facilitator. They left the session with concrete ideas to implement in their local governments.

On Wednesday, the group exchanged the VNG building for the city of Rotterdam. They toured the port (Europe’s largest!) and visited BlueCity, a business incubator in the city centre, located in a deserted swimming pool.

The training was ended by a session on change management, after which the participants worked in regional groups on their Back Home Action Plans. They presented their plans on the last day of the training. Moreover, they received feedback from the group that will help them to better implement their plans at home and to further learn from each other’s initiatives. As one participant said: “The action plans ranged from grassroots initiatives to government planning. There was a lot to learn and to understand”.

The Academy’s next Local Economic Development open course will take place from 1 to 12 October 2018.