Gender Equality: not only a women’s issue

In Ghana, like everywhere else, men can play a significant role in pursuing gender equality. Christopher Lartey, Alumnus of our Gender Responsive Governance Course, reflects on his role in building social structures that work for all. 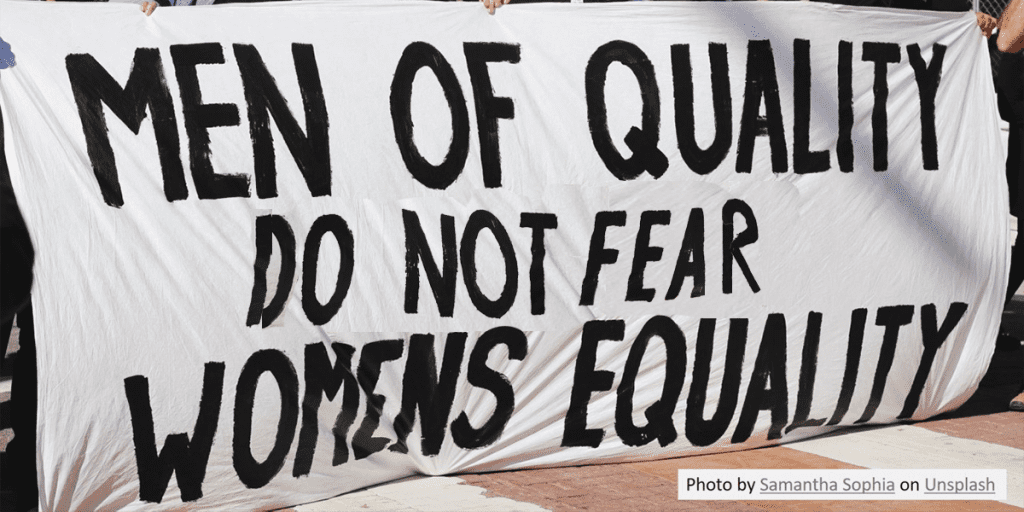 Ghana is often used as an example of successful democracy in West Africa, due in large part to the peaceful transition of power in its first-ever democratic election in 1992. Despite its exemplary start as a burgeoning democracy, Ghana today lags behind other African countries in terms of gender parity in government. The last parliamentary elections in Ghana saw only 40 out of 275 seats go to women, a low 14 per cent compared to the African average of 24 per cent.

This, however, does not mean that Ghanaian officials do not continue to strive for gender parity in their government and greater gender equality in their country. Christopher Lartey, principal programme officer at the Ministry of Gender, Children, and Social Protection (MGCS) took our Gender Responsive Governance Course last year. Christopher used his time at the Hague Academy to not only build his capacity in contextualising and crafting gender-inclusive policy but also to reflect on his own work and his responsibility as a man in pursuing better rights for women and children in Ghana.

Policies exist, but they need to be better implemented

The ministry where Christopher works, also known as the Ministry of Women and Children’s Affairs, was established in 2001 to put gender and children’s issues at the forefront of Ghana’s national development agenda. Ghana’s gender policies since this time strive to improve on sex education, women’s right to work, and the right to education for women and girls. “Ghana has a strong gender policy”, Christopher describes, which mostly focuses on the economic and political empowerment of women as well as girls’ education. Even though these policies are well described on paper, their implementation does not have a wide reach within Ghana. According to Christopher, “just a few scattered experiences around the country” reflect the full extent of Ghana’s gender-responsive policies. Among the factors that Christopher identified that impede the implementation of Ghana’s gender policy nationwide is politics. Men dominate Ghana’s parliament, and most of them do not focus on gender issues as these are wrongly seen as only women’s issues. Consequently, gender issues are consistently missing from the parliamentary agenda.

“In Ghana, conversations around gender are perceived to only be for women”.

Actions to start back home

One of the most important insights Christopher wants to share at home comes from his learning on seeing gender issues from a male-responsibility perspective. “There is a gender perspective for everything”, Christopher claims, which has given him further insights into the concept of masculinity: “Once we deconstruct masculinity, violence will also decrease because the set characteristics of how a man should behave are closely linked to violence”. Moreover, Christopher wants to share the mindset that the gender lens is not strictly about the binary between men and women. Within this context, he mentions that much more work needs to be done on the mainstreaming of non-binary rights in Ghana. With these lessons in mind, Christopher wants to go back home with a plan on training the male perspective on gender issues.

“I want to talk to my male colleagues at the ministry”.

In addition to these new insights, Christopher’s time at the Hague Academy has provided him with fresh inspiration for existing policy initiatives. He has learned that to fulfil his aspirations regarding gender-inclusivity, he needs to deliberate include this perspective in policymaking and programming. This means taking executive action, including internally within the ministry. Furthermore, he feels renewed urgency on existing initiatives regarding women’s economic empowerment and girls’ education, planning to utilise direct budgeting to make this programming more avid and dynamic.

“We need to make deliberate efforts to be inclusive… it will not just happen”.

Hopes for the Future

Looking towards Ghana’s future, in 10 years Christopher wants to see reformed gender-sensitive laws and policies in the country. He also wants to expand the government’s vision on gender inclusivity to include freedom of sexual expression. He reflects: “Currently there is a rule in parliament that criminalises homosexuality, and my hope is that the law will not pass”.

When thinking about where the ministry’s current initiatives will be by then he emphasises the importance of economic empowerment of women. He believes that the economic independence of women will decrease the amount of gender-based violence in Ghana.

In terms of masculinity, he expects that the patriarchal sentiments will be much more reduced. The concept of families depending on men for their livelihood will be a thing of the past, according to Christopher. He is a firm believer that reinventing social expectations, moving away from traditional patriarchal structures, will benefit women, men and people of all genders of his country.

“Us men need to start doing our part for gender equality”.

Are you interested in learning more about gender equality and about mainstreaming gender into local policies, services and programmes? Make sure to sign up for our Gender Responsive Governance Course (scholarships available).