Fred Buzu Asi works as Community Services Officer at the Ministerial Department of Refugees in Uganda. His main responsibilities are to ensure peaceful coexistence among refugees and between refugees and local host communities. To expand his knowledge and skills, he took the opportunity to follow the Migration and Local Authorities course at the Hague Academy. 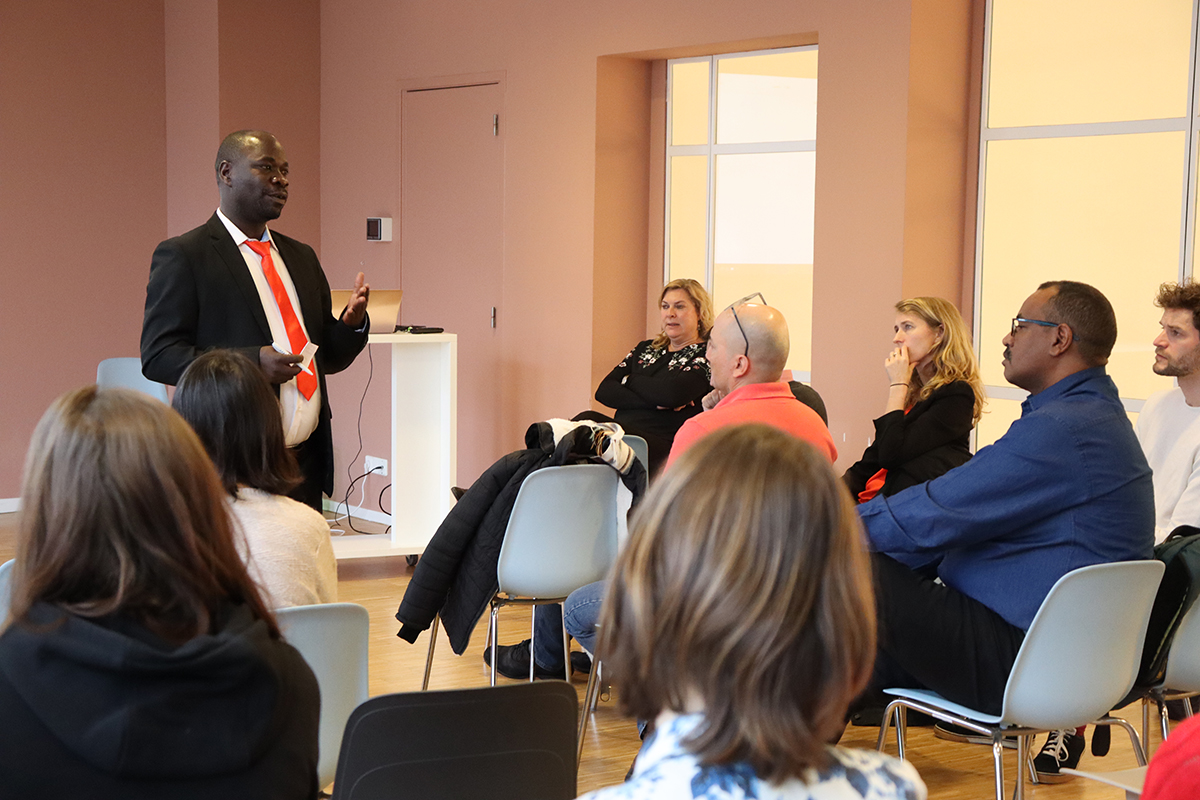 Fred enrolled in the Hague Academy’s course in response to the situation in his country. Migration is central to the situation in Uganda – it is a country of origin, transit, and destination of migrants and refugees. Due to regional instability, Uganda has historically been a host for asylum seekers and economic migrants from around Eastern Africa. The most recent waves of migration have taken place because of the South Sudanese civil war in 2013, the humanitarian crisis in Somalia in 2011, and continued political violence in both Burundi and the Democratic Republic of Congo (DRC). Uganda struggles to host refugees, and limited resources have pressured rural and especially urban centres, leading to heightened social conflicts.

“Refugees need to engage in economic activities as well, and as a focal person, I found it very challenging to achieve social cohesion between host communities and emerging communities of refugees and migrants.”

At the Hague Academy, Fred hoped to finetune his skills and knowledge to improve the social and economic inclusion of migrants and refugees into host communities, a crucial step to alleviating tensions.

“The most useful part of the course for me was sharing experiences with other participants, especially having similar challenges with mixed migrations, for example in Turkey.”

As Fred continues, particularly beneficial were the lessons given by experts on social cohesion efforts in Rotterdam, where he and other practitioners interacted with municipal officials on the integration of refugees to the city.

Back in Uganda, he has now begun to organise dialogues between refugees and host communities and has brought together local governments and NGOs in plenary sessions for future cooperation.

“Local governments are now aware of the programmes and the budgets of NGO’s and this has improved working relationships and joint planning.”

However, he has still identified the need to have further engagements with both local governments and NGOs as some of the donor conditions are not supportive of working with both, host and migrant communities. Often, donors support is directly aimed at migrants, but the two communities live together.

“Uganda is bordering fragile states like South Sudan and DRC and has protracted refugees who have stayed for over 20 years. This makes me think that it is likely that we will have many more migrants coming into Uganda in the coming years. We need to have better data on migrants to plan for housing and economic development, and to avoid issues of xenophobia.”

Are you interested in learning more about the role of local authorities in receiving and integrating migrants, including asylum seekers and refugees? Make sure to sign up for our Migration and Local Authorities course, which will take place from 4 – 15 July 2022. Please note that the deadline for applications is 27 May 2022.