Peacebuilding in Burundi from a gender perspective

Our Programme Manager Freddy Sahinguvu just returned from Burundi where he facilitated a training on gender in violent conflict and peacebuilding. Given the fact that Burundi is in the process of peace talks, this is currently a very relevant topic.

Participants were part of the “comités mixtes de sécurité” (local elected leaders, police, civil society, justice) and came from eight different communities. They looked to peacebuilding processes from a gender perspective. It was concluded that women often play an important role in initiating and advocating peace negotiations, but that their role on the negotiation table and in signing the peace agreements is often limited. To strengthen the role of women in all stages of the peace process, one of the participants suggested that women from different political parties should form a coalition to advocate for their interests.

Apart from paying attention to the role of women in peacebuilding, the training also aimed to increase awareness, knowledge and skills to deal with cases of gender based violence. The training was carried out as part of the project ‘Restoring the Contract’, a joined programme of Cordaid, VNG International and CILC. 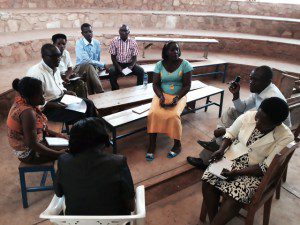 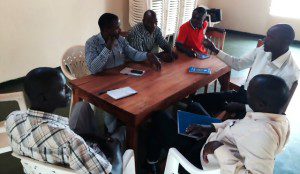