10 Years Together: Trends and Challenges in Local Governance

On 24 April, The Hague Academy celebrated its 10th Anniversary in a full-day conference with international experts, partners, alumni, comedian Greg Shapiro, designer Omar Munie and the Mayor of The Hague Pauline Krikke. Discussing peacebuilding, inclusive economic development and crisis response at the local level, as well as the impact of capacity development programmes, the conference served as an opportunity to reflect and share insights on trends and challenges in local governance. 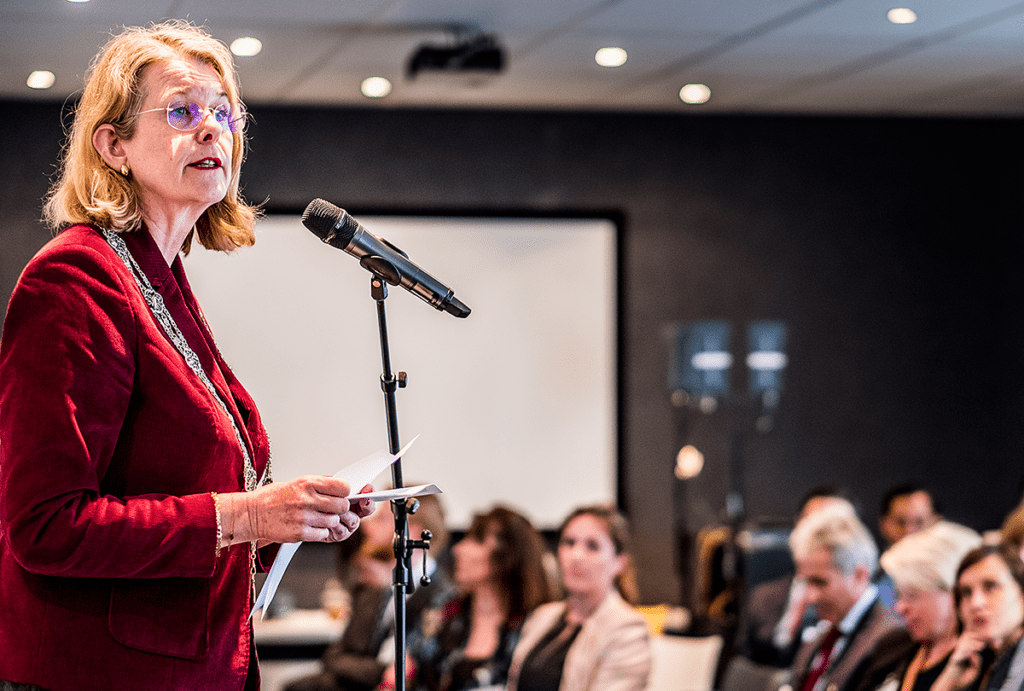 “The Hague Academy contributes to the mission of the city of The Hague promoting peace, justice and stability in the world, and in a way which is concrete and practical.” Mayor Pauline Krikke

The Hague Academy Director Cecile Meijs welcomed the conference attendees by first sharing the story that led to the establishment of The Hague Academy for Local Governance. “It started as quite an adventure!” said Meijs. “Our proposal to ‘strengthening the regional economy in The Netherlands’ was awarded the second most innovative project and from there we never looked back!”

In 10 years, the Academy has trained more than 5,000 professionals from no less than 85 countries.

“Three main reasons have motivated us in our efforts,” said Meijs. “The first is citizens’ rights to basic services, a secure environment, an income and equal participation in civil society and politics. The second is to help build responsive and capable institutions to ensure these rights. And third, we aim to boost knowledge and confidence of civil society to engage with the authorities.”

“And let’s give credit to The Hague Academy and give credit to 10 years!” added Greg Shapiro, a comedian originally from Chicago. “You all have succeeded on an international basis despite the Dutch language.”

Following the welcome remarks from Ms. Meijs, Dr. Jamie Boex – a key decentralisation specialist and expert trainer at The Hague Academy since 2008 – delivered the keynote address where he traced the history of decentralisation including its role in the Netherlands and its influence in America’s war of independence.

“Local governance has a long history in the low countries where Dutch governors insisted firmly on keeping their autonomy,” said Dr. Boex.

In colonial times, however, a top-down government system was the norm. After independence, the newly independent countries in Asia and Africa experimented with centrally planned economies. And by the end of the 1980s they started to collapse. This gave rise to the first wave of decentralisation.

Dr. Boex outlined three key drivers shaping the future of decentralisation: urbanisation, technology, and development aid. “Will we witness the death of global aid?” he asked.

“I am not that pessimistic but the way development partners engage is changing rapidly. And in order for countries to be successful, [central] governments need to prioritise localising the Sustainable Development Goals.”

The morning wrapped up with a panel debate and audience Q&A. Four experts examined the themes of sustaining peace, crisis response, inclusive economic development, and capacity building at the local level.

“Strong cities create strong nations, especially in a world where 75% of the world’s population lives in urban regions. This makes local governance — the tier of government closest to citizens — crucial to addressing today’s major challenges.”

Pauline Krikke, Mayor of The Hague 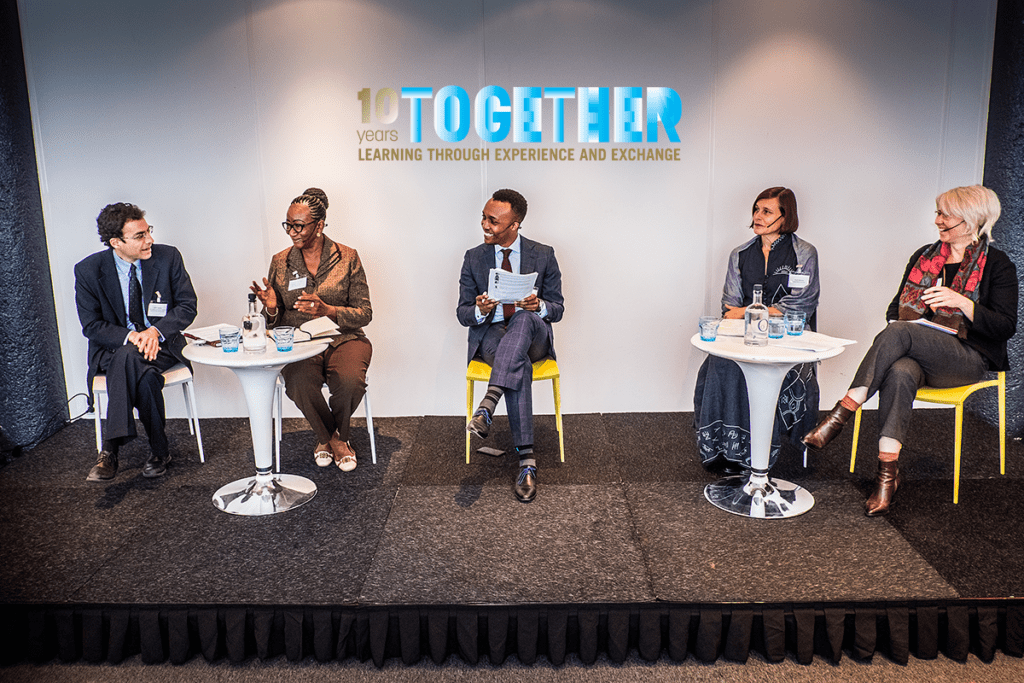 The panel discussion and Q&A

The discussion, moderated by the Academy’s Programme Manager, Freddy Sahinguvu, featured Seth Kaplan, a leading expert on conflict prevention and political transitions; Ruth Rennie, a consultant and specialist in private-public partnerships; Clara Mvogo Do, the former mayor of Monrovia; and Corina Dhaene, the director of ACE Europe and specialist in monitoring and evaluation.

In Workshop 1, participants examined questions and challenges pertaining to sustaining peace in fragile contexts. Workshop 2 explored how local authorities can promote inclusive local economic development policies and practices. Workshop 3 tackled relief and development in response to a crisis. In Workshop 4 participants reflected on the impact of capacity building. Each workshop sought to identify key recommendations which the Academy will present in the coming weeks.

During his conclusion and before introducing the Mayor of The Hague, Peter Knip, director of VNG International and a founding father of The Hague Academy for Local Governance congratulated and thanked the Academy for its hard work. 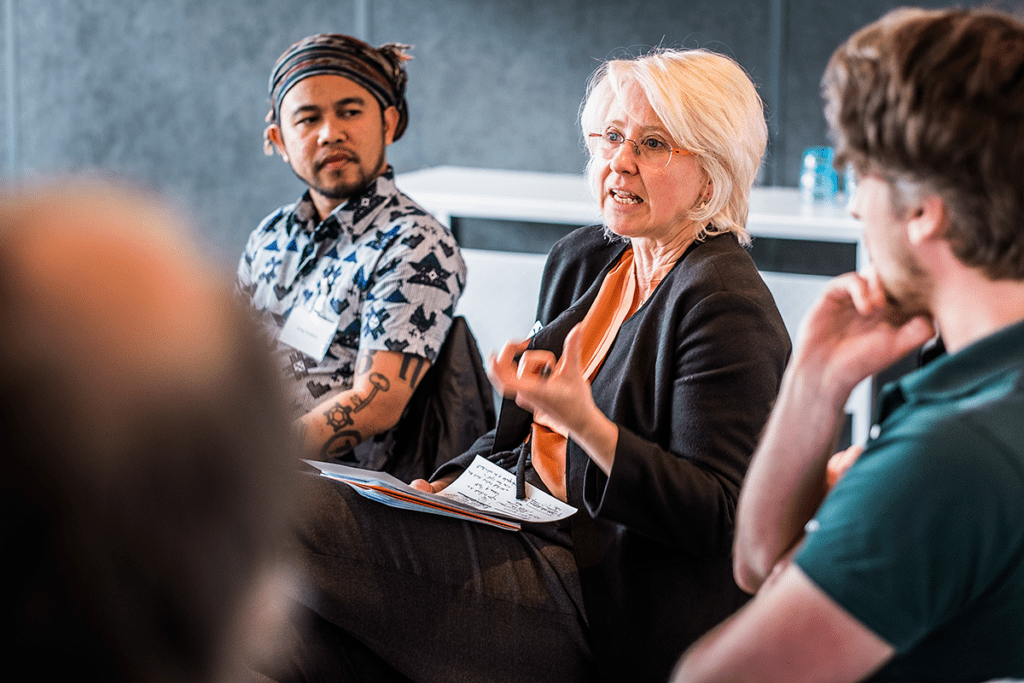 Greg Sindana, a community leader in Yogyakarta and Corina Dhaene, director of ACE Europe in Workshop 4

“And it is a very important point and always worth stressing that civil servants and future community leaders of local governments do not always have access to the knowledge and skills training they need. The Academy and its Talent for Governance Programme are working to change that.”

In her closing remarks, Mayor Krikke emphasized the growing importance of local governance. “The world’s power bases are shifting from national governments to cities and that is precisely why it is important that local government officers and professionals have the right knowledge and skills.”

“Since its founding, The Hague Academy has become an important partner in the network of knowledge resources that are unique to our city, and when local government functions properly, in accordance with the principles of good public governance, this provides a strong foundation for a stable and resilient society. Over the last 10 years, The Hague Academy for Local Governance has shown that it provides an excellent platform for just that.”